It’s been a bit of a weird few weeks in SL for me. Everything’s gone a bit flat, if I’m honest, and I’ve been led to thinking, what’s the point of it all? The root cause is somewhat complicated, but stems mainly from a change in the inworld social structure and relationships that I’ve grown used to being a part of for several years, along with some of the conscious decisions I’ve made that have resulted from those changes.

Perhaps the most significant of those choices I now find myself facing comes down to the simple question: Do I elect to follow the crowd, or should I do my own thing?

Following the crowd has its benefits: I keep the same circle of friends and acquaintances, some of whom have been around for years; I get to still play a part in the new things that are going on around me; and I can stay abreast of what’s new and breaking amongst the relationships and activities happening around me in the virtual world. However, some of the changes that have been happening I find disagreeable, I don’t particularly like or want to get to know some of the people that now form part of the extended social circle I’m (theoretically) a part of, and I can’t help but feel that a large proportion of people that I know inworld are doing things, not necessarily because they want to, but simply to be part of the ‘in-crowd’, and in doing so their perspective has become distorted and the definition of some fundamental and deeply held values, such as friendship, loyalty and respect have become blurred and replaced by pale imitations of what they should be.

Actually, my choice hasn’t really been that difficult, and being the rebel and individualist that I am, I’ve simply dropped out and gone my own way instead. That however, also does not necessarily make for guaranteed happiness. 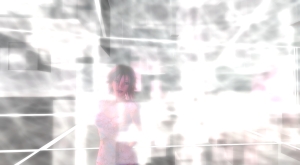 I’ve gone into something of a decline. The will to do anything much at all inworld has petered off and events and experiences that would previously have seen me enthused and engaged have lacked the power to draw me; instead, I seem to spend the majority of my time hanging around my land, doing nothing much in particular… At least, that’s when I can be bothered to log in at all.

It’s all come to something of a crux in the past couple of weeks, mostly as a result of a single specific incident that summed up for me just now much things have changed amongst the people close to me. As a result, I’ve retreated into my own little virtual world, shut down the friends’ list temporarily, and avoided socialising as much as I can. Doing so has reaffirmed a couple of points that perhaps needed to be made…

Firstly, hardly anyone seems to have missed me, or if they have, most have simply turned a blind eye or can’t be arsed to ask after me. Secondly, I don’t have to be around others to enjoy what SL has to offer, in particular, the little niche that I’ve carved out inworld for myself. I’ve spent the past few days making a point of re-engaging with my virtual holdings and rediscovering the nooks and crannies, hideaways and quiet spaces that I’ve built for myself over the years, but haven’t really spent as much time enjoying as of late than I should have. It’s been enjoyable in a way, but it’s also reminded me that SL can be a very quiet and lonely place at times. It’s also given me plenty of time to reflect on things, such as the changes that have also been taking place in my home sim. The very character of the place has changed, for example: It’s become much less homogeneous and far more parochial than it used to be. Before, it felt like a town and a community, now it feels much more like a set of disparate, unconnected spaces, less of a community and more of a business park. It’s gone from a vibrant interconnected public space to somewhere where people TP in to the local club or store, then TP back out again when they’re done – I can’t help but wonder how many even realise there’s a whole sim outside their immediate surroundings?

Traffic has dropped to an all time low – to a point where I’m considering whether it’s worth the expense of maintaining any land at all, and I’ve already dismantled a large portion and started thinking of maybe selling up, because… Well, what’s the point, if nobody every visits?

Worst of all though, I’m starting to wonder why I’m bothering at all? The time I spend doing nothing much at all inworld could be much better employed writing, gardening, listening to music, relaxing or even getting out and about a bit more in the real world!

Maybe it’s time I took a break from SL… Perhaps take a month or three off, or a  year, or two, or perhaps forever?

This entry was posted in Philosophicalisticality, Rants, SL. Bookmark the permalink.