Posted on March 8, 2020 by Serendipidy Haven 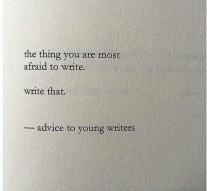 I’m all for diversifying and stepping outside comfort zones… Just so long as I don’t have to do it myself. However, occasionally even Seren comes to a point where a skilfully administered kick up the rear end is necessary.

After all, following the same path, carving out the same rut for oneself ultimately leads to boredom, lack of inspiration and eventually peters off into…

Y’know what I mean?

Anyway, after strenuously denying for goodness knows how long – the major part of my life, I guess – that I’m not a writer, I’ve finally grudgingly accepted that with 10 years of blogging, close to the same amount of time contributing weekly to The Hundred Word Stories Podcast, and a hard drive stuffed full of other scribblings that have never seen the light of day, including a half-finished, (or half-unfinished, depending on your perspective), novel that occasionally I’ve found myself dipping back into over the course of, erm… only 20 years or so, I’m probably more than a little deluded.

Note, even though I may now be admitting to being a writer, I never said a good writer!

So, I have – and heaven knows why – joined a writing group. A real life one! This a significant, and uncomfortable step for me. Firstly, it means leaving the house and meeting new people in a social context, something that is somewhat less appealing to me than spending an afternoon in the hands of the Spanish Inquisition. Secondly, it means admitting to writing stuff, and then sharing it with strangers, and thirdly, it means I have to get up early on a Saturday morning!

It is however a Good Thing, I think. It will, of course, lead to my eventual acceptance that I’m not really a writer. It’s also likely to open my eyes to the fact that Saturdays actually exist before midday, and may ultimately revitalise this whole blogging thing, which you’ll have to agree hasn’t exactly been a bright shining star of brilliance for several months.

One practical outcome of this unprecedented move into unknown territory, is that the writing group in question gives a fortnightly prompt, around which those who feel sufficiently able, can weave a composition of their own creation. As my long-suffering guinea pigs, you my friends, will be subjected to my own offerings, which will make an appearance on the Alt.life pages of this very blog. At the very least, it’ll be something to read, fairly regularly, unlike the measly offerings you’ve been getting of late. Fear not though, I’m not done with writing about SL – I’ll still do that when I feel inspired to, and who knows, this venture into a wider world of words may even prompt me to put together some new SL material too? You have been warned!

Anyway, you’re about to suffer the first of these literary meanderings – Hope you enjoy it!

It’s a thousand pages, give or take a few
I’ll be writing more in a week or two
I could make it longer if you like the style
I can change it ’round
The Beatles – Paperback Writer

This entry was posted in Alt. life:, RL, Unlikely stories. Bookmark the permalink.