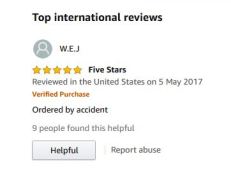 Whether it’s booking an hotel, choosing a restaurant or builder, or shopping online – in both RL and on the SL Marketplace – I’m no different from anybody else in being an avid reader of product reviews.

The peer review, for anything other than academic works, is a relatively new phenomenon; one which I’m still to be convinced has any real value if you happen to be looking for an objective evaluation of anything, whether it’s a holiday destination or a pair of virtual shoes – at best, I find you may be able to form an opinion based on that narrow band of feedback which falls at the midpoint between extreme satisfaction and extreme dissatisfaction (hardly helpful), or convince yourself to be swayed by the most cogent argument in a sea of dissonance (hardly objective).

I constantly find myself reading between the lines of reviews, trying to understand the character of the person leaving it, which can be interesting enough, rather than successfully divining any real impression of the quality of the item being reviewed. Even then, so many reviews are either blatantly biased, and likely fake, or are left by people who seem to have little else in their lives, other than leaving irrelevant trails of nonsense behind them wherever they travel on the interwebs.

In a similar vein are those customer Q&A sections that companies seem increasingly reliant upon, rather than bother giving a proper and authoritative response, where instead, totally unqualified end users proffer answers to questions raised by potential purchasers. It’s fertile grounds for completely nonsensical and useless ‘advice’. Here’s a small selection that I encountered recently whilst browsing for water features on Amazon…

Apart from my new favourite expression – ‘iresentky spoiling the sound of the trifling water’ – there’s very little helpful, or indeed sane about any of those responses.

“No idea, I bought this a gift for my granny”

“Can’t answer your question, it hasn’t arrived yet.”

“Not what I thought it was”

“I don’t know how well the medium fits, I bought the large one.”

“This wouldn’t fit in the space I had”

It’s the equivalent of dragging random people off the street in to give their experience of something they’ve never experienced. Who in their right minds thinks it’s helpful to give a review of something that effectively says, “Dunno”? It’s the text equivalent of a shrug. Let’s face it, any product review that starts with the word ‘sorry’ is going to be a let-down.

Why do these people do it? Have they nothing better to do than waste their time and that of everyone who takes the time to read their drivel in some vain and misguided hope of gaining useful insight? Or are their lives so devoid of meaning that they can only find solace in typing pointless nonsense to strangers, just to have a voice? They may as well just smash their face repeatedly into the keyboard, at least that way the result would have some use and would be infinitely more satisfying to those of us who have to wade through this crap! 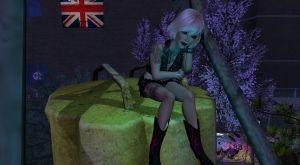 I suppose it shouldn’t really come a surprise to me that an awful lot of what I hear bandied about in SL can also be classified as Ill-advised, unfounded, irrelevant, and often, very, very, stupid indeed. Any statement, for example that contains the words ‘the Lindens’ is likely to be, at best, conjecture, and at worst, shockingly nonsensical and absurd. Assertions that SL is dead, dying or diseased are fundamentally flawed and frequently touted by those who fit into the same category as the ‘I don’t know, it was a gift for someone else’ brigade, maily because most of them haven’t even logged into SL for the last 10 years. Then there are the ‘experts’, always happy to give their advice on everything from reducing lag to how to fiddle gachas, based entirely on their own lack of useful knowledge and inflated sense of superiority over lesser virtual citizens.

All in all, when all is said and done, the vast majority of what is said in and around SL is, I’m afraid, total twaddle.

Including, more than likely, everything you’ve just read!

This entry was posted in Rants, RL, SL. Bookmark the permalink.