I see jelly people… Walking around just like regular people 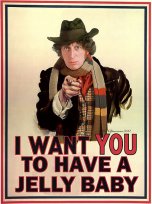 Those of you who shie away from the official Linden Viewer and do not follow the current techie trends in SL may well be completely unaware of the jelly folk that will have started appearing with the Lab’s recent release of the official ‘Quick Graphics Viewer’ into the release channel… Coming soon to a third party viewer near you! The Lab doesn’t want us to call them jelly babies – because Bertie Bassett will sue them into oblivion if we start using that terminology – but that’s what I’m going to call them anyway, because I’m awkward!

The jelly babies are the latest in the Lab’s arsenal of attempts to wage war against the demon hordes of lag, more specifically, lag arising from graphics complexity.

Over the years we’ve seen all sorts of innovations and attempts to educate us, and content creators in particular, about practical ways in which we can reduce lag, both for ourselves and for those around us. With the coming of the jelly babies, that policy has stepped up a gear, with the facts being shoved – quite literally – in our faces. In simple terms, the Viewer will now calculate a figure for ‘avatar complexity limits’ (a bit like the old ARC – dunno why they changed the name), and gives us the option to effectively ‘switch off’ offending avatars around us. The result is that we’ll find ourselves surrounded by a sea of coloured jelly avatars – the colourful ghosts of high cost renders. We can, of course, adjust settings to minimise or maximise the effect, thank goodness.

Similarly, whenever we slip into any new item of clothing, accessory or bodily enhancement, we’ll be gently informed if we should find ourselves creeping towards the higher limits, with the dire warning that we ourselves are running the risk of appearing jellified to those around us.

The aim, of course, is to educate us into a greater awareness of how we, and the things we adorn ourselves with, can negatively affect our inworld experience and that of people around us, whilst also giving us some degree of control over just how lag-tolerant we wish to be. On the other hand, it’s also a less than subtle attempt to  persuade content-creators to come up with wearables that are more poly-efficient and less demanding on resources. 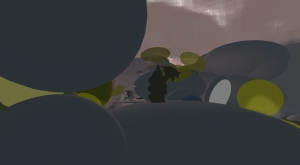 Personally, I think it’s all a bit ill-advised and is actually a fundamentally flawed approach that the Lab has decided to take – surely the appropriate way to combat performance issues is to develop methods of reducing complexity inworld, not come up with a solution that effectively breaks content as a stick to beat residents with, in order to force them into compliance? I would be far more amenable to a mechanism that automatically optimised polygons on upload. As I see it, jelly babies are a bad thing, for the following reasons:

My personal feeling is that jelly babies will go the way of so many other innovations that have been introduced in recent years… After an initial flurry, people will just hike up their settings, and forget all about the feature.

This entry was posted in Linden Love, Rants, SL, Techietalk. Bookmark the permalink.