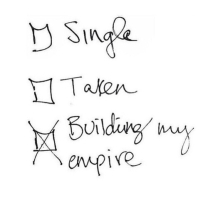 Would i describe myself as a builder? Probably not. Although i certainly do build in sl – not for profit or for the benefit of others, but principally because it’s something that i enjoy doing and is a process from which i can learn, and hopefully develop new skills. Virtual building is however – as far as i’m concerned – an endlessly frustrating and challenging pursuit.

The suffering begins even before the first prim is rezzed – months can go by without any thought of building, then suddenly i’ll be gripped with a feverish need to start a new project, usually with absolutely no idea about what it’ll be. My mind starts to teem with ideas, plans and possibilities; i start to measure out plots, place prims and upload textures, only to later trash the lot when i realise nothing is coming together. This happens time, and time again, until i finally hit upon an idea that works… then comes the tricky part of turning it into virtual reality.

At best, i’m a competent amateur – but i tend to set myself far higher standards, tighter tolerances and more demanding specifications when building, than are reasonabely achievable for someone of my abilities – then i get annoyed with myself when i fail to come up to scratch. My lack of scripting skills drives me to distraction, my lacklustre texturing annoys me no end, and my complete inability to get to grips with mesh frustrates me beyond reason. It doesn’t help that i have neither the time, nor it seems, the aptitude to better myself in these areas – sometimes i wonder why i bother at all!

A typical Haven build is more a product of arrogant determination and bull-headed stubbornness, than building skills and patience – but somehow, despite everything, i usually end up with somethnig passable in the end.

So it’s quite pleasant to be able to occasionally skip the whole process of coming up with an idea in the first place, and be presented with a plan – of sorts – to follow. Which is pretty much what building an SLB exhibit is all about – for me, anyway. 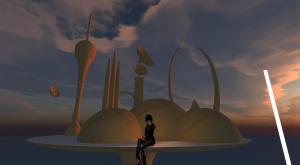 This will be my third year (hopefully), to participate in the sl birthday bash: for SL9B, i came up with an off-site project that was engineered to allow the whole sl community to contribute to it, i was also pretty amazed to have my design chosen for the SL9B time Capsule! Last year was the first time i took the plunge as a proper exhibitor, and this year, i’ve applied again. It makes quite a change to be given a theme to follow, with a nice, compact area to fill, along with a generous land impact allowance and, literally within seconds, of seeing this year’s theme – a Winston Churchill quote, “The empires of the future are the empires of the mind” – i knew exactly what i wanted to build, and i’m already well on the way.

Maybe that’s how i should tackle future builds – wait until an idea inspires me and just run with it? It could work, i suppose, but let’s see how this one turns out first!

As for progress so far, i’d say about two-thirds of the build is already completed, but the hard part is yet to come, with a lot of playing about with textures and some new scripting elements that i’m not familiar with – it’s going to be a big learning curve, but i’m confident of being ready by the time exhibitors are announced, on 20th May. Maybe you’ll get a few sneak peeks along the way, but – as always – the best way to experience the sl birthday gig is to go along and spend as much time as you can exploring the birthday sims when they open! From what i’ve seen so far, it’s going to be fab – last night i managed to get a sneak preview of Kazuhiro Aridian’s DJ stage and it looks pretty cool, i have to tell you!

Still well over a month to go, but already there are hundreds of people hard at work, putting together this year’s celebration – it’s a testament to the staying power of both sl and its residents that something like this is still such a big deal.

Now, where did i leave that hammer?